Details about Famous People and Places

Please enable JavaScript in your browser. Some features of this page use JavaScript.

There are 34 days remaining until the end of the year, and the day's zodiac sign is Sagittarius.

November, from the Latin word "novem" that means 9, is the 11th and 2nd last month of the Gregorian calendar. It is also the last of the 4 months that have 30 days: April, June, September and November.

Countries in in the Northern Hemisphere wait for winter to start any time from November, with snow beginning to fall usually between the 1st and 15th of the month. But for people in the Southern Hemisphere, November marks the soon-to-start summer.

The 22nd edition of The FIFA World Cup is held in Qatar. The finals of the popular football matches, to be played from the 20th of November to 18 December in 2022, in Qatar will feature 32 nations. This is the first time that an Arab country has hosted the FIFA World Cup.

The 2022 World Cup will also be the first time for the competition to be played in the cooler temperatures of winter weather, which in Qatar lasts from October to March.

Nelson Mandela was sentenced to 5 years in prison on trumped-up charges of incitement and leaving his country of birth "illegally". The late Mandela is the renowned anti-apartheid leader and first democratically elected president of South Africa who won the country's first national democratic elections in April 1994.

Henry's father, Henry V of England, and Charles VI of France had previously signed The Treaty of Troyes that created a union of the two crowns, after the English king had a successful military campaign in France.

Edmond Halley, the English astronomer, mathematician, geophysicist and physicist was born in Haggerston, Shoreditch, near London in the U.K. Halley was the first person to calculate and predict a periodic comet's orbit after having found that a comet following a similar orbit had been reported in 1531, 1607 and 1682.

He then predicted its next return in 1758-1759, but died on 25 January 1742. The comet was seen in late 1758 and was named after him in honor. It is now known as Halley's Comet. Halley's Comet is categorized as a short-period comet and is visible from Earth every 75–79 years with the naked eye.

The comet will return to the inner solar system and be closest to the sun (its perihelion) on 28 July 2061.

The Maastricht Treaty becomes effective, giving birth to the European Union. It was signed by representatives of 12 European countries on 7 February 1992 in Maastricht, a city in southeastern Netherlands, and later approved in December 1991.

These founding nations of the E.U were the U.K, Belgium, Italy, Denmark, Germany, France, Ireland, Spain, Portugal, Greece, Luxembourg, and the Netherlands. The treaty is also known as The Treaty of the European Union.

Famous People who were Born in November

The following are some of the famous people who were born in November.

Latest From The Blog... 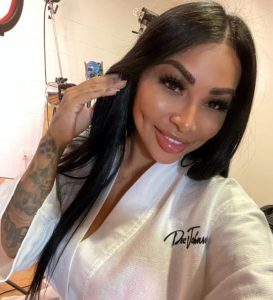 Brittanya Razavi is an American model and reality TV star. Her full name is Brittanya O’Campo Razavi. She was born......read more »

Dan Stevens is a British actor who rose to international prominence after his first major starring role as Matthew Crawley......read more » 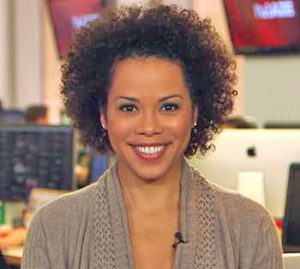 Amy Ferson is an American journalist, commentator and real estate agent who was the first wife of T.J. Holmes. They......read more »

Terry loves to write about famous people, places and events. She also loves to cook and try out new ideas.